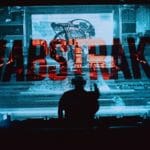 Habstrakt, Matroda, and Kohmi have all taken a spin on DJ Snake and Malaa‘s “Ring The Alarm” collaboration. Released in July and standing as the pair’s first standalone meeting, the track arrived ahead of their collaborative tour. Now, as 2021 draws to a close, Habstrakt keeps the track’s initial bounce while putting his signature style onto the release, while Matroda dives deep into the single with his own spin, and Kohmi amps up the track with his own heavy-handed modifications.

Fans hoping to catch Malaa on the road in recent months can currently enter Dancing Astronaut‘s contest to catch him on April 2 in New York with the chance to win VIP tickets and backstage access. More details are available here. Meanwhile, Kohmi was recently named one of Dancing Astronaut‘s Artists to Watch in 2022. Each remix adds to the shelf-life of Snake and Malaa’s original cut, padding live arsenals for when the spring festival circuit ramps back up. Listen below.