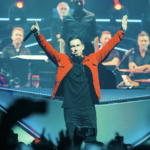 Hearing “Encoded” will never be the same again.

Less than two months shy of a complete decade of Hardwell On Air, Hardwell has made the decision to close the book on his staple radio show series following its milestone 500th episode, which aired on January 15. As a partial substitute, Revealed Recordings has immediately instated a 24/7 livestream through its YouTube, with more information on its true purpose said to be added in the coming weeks. Although the explicit reasoning for Hardwell On Air‘s ending wasn’t directly disclosed by the Revealed Recordings boss nor the label, beyond their aim to restructure their family of radio podcasts, it can only be safely assumed that Hardwell is continuing to enjoy his well-deserved hiatus from the electronic music world and has no immediate plans for a return.

Episode 500 of Hardwell On Air was a surreal experience no matter which direction you view it from. Hardwell hasn’t been actively involved in the weekly presentation of his radio show since his exit, so the showing was, of course, incomparable to Hardwell On Air 300, where Hardwell and fellow label teammates livestreamed in-person DJ sets in celebratory fashion.

Hardwell On Air 500 put the finishing touches on a 10-year run that guided the latest and greatest in bigroom house, comprising 11 incoming Revealed Recordings IDs, Hardwell and Blasterjaxx‘s unexpected “Bootshaus ID” delivery from the top of the year, and a slew of modern updates to Hardwell classics. While the episode wasn’t necessarily the proper sendoff that we all had hoped and dreamed of, especially with it nearly coinciding with Hardwell’s 33rd birthday, it gave everyone an opportunity to reflect on how influential the radio series was over the years and provided a sense of closure to a weekly fixture that has been the literal “soundtrack to your nightlife” dating back to 2011.

Stream Hardwell’s 500th and final Hardwell On Air in full below.