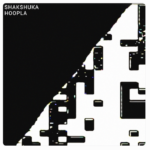 The most used dApp on the Ethereum blockchain, Audius, is the first music platform in a decade that has a real chance at disrupting the industry in the same way that Soundcloud did over a decade ago. With over 4 million monthly active users the platform’s audience has grown and with it, the talent being attracted to it.

One such talented artist is Hoopla, a Melbourne-based producer who honed his techno pallet in a bass heavy music scene. That clash of sounds and identity’s rings true in his production. The influence of his European travels and his love for global superstars like Andhim, Acid Pauli, Rodriguez Jr. and Monolink have merged with his immersion in his local bass scene.

“Shakshuka” marks the end of Hoopla’s Melbourne chapter and the start of his European odyssey. “All I’ve learned in music composition, production, mixing and mastering and everything creative in this project was born in Melbourne but it’s time to explore the sounds and culture’s that continue to inspire me.”

It only seems fitting then that his last production in his home town would expertly blend the styles of his Aussie roots with his European influences. A deep and driving melodic exposition of house elements and bass bravado, “Shakshuka” is as delicious as the dish for which it’s named.