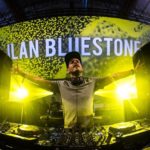 Over the years, ilan Bluestone and Giuseppe De Luca‘s creative compatibility has yielded countless original releases, and Look At Me Now / Stardust & Madness adds two more to the tally. By pairing ethereal soundscapes with with heartfelt vocals on “Look At Me Now,” the pair put a foundation in place for the euphoric trance drops to follow, offset by minimalistic guitar accents.

“Stardust & Madness” is more moody by comparison, and after becoming a staple of Bluestone’s live sets, now makes its way to streaming platforms in both a standard and extended format. The two tracks give listeners a taste of what remains to come on Bluestone’s second album, Impulse, set to be released on May 7 via Above & Beyond‘s Anjunabeats.

“Look At Me Now” and “Stardust & Madness” are out now via Anjunabeats. Stream below.