After teasing fans with a special Trilogy show, showing off special sets from each of his three (currently-released) albums — Ashes, Awake, Ascend — the location and date has finally been revealed for ILLENIUM’s Trilogy performance and it’s absolutely MASSIVE.

ILLENIUM’S Trilogy performance will be the first full-scale concert performed in the new Allegiant Stadium in Las Vegas, with a capacity of 65,000 people. For context, Madison Square Garden seats a little less than 21,000; LA State Historic Park, which has featured Zedd and Rüfüs Du Sol, can host 25,000; Hollywood Bowl seats 17,000; and Banc of California Stadium, which will also see Rüfüs Du Sol this year, seats 22,000.

“The Trilogy idea for me has always been the celebration of the end of this chapter,” said ILLENIUM. “My plans were to take it on tour last year but the pandemic wouldn’t allow it. So we’re going to do it in one huge show, three sets, and it will be the biggest show I’ve ever done. I’m beyond excited to be able to do this in Las Vegas. It will be insane.”

“If there was ever a venue and a city perfectly matched for this one-night-only performance by this incredible artist, it’s Allegiant Stadium in Las Vegas,” said Bobby Reynolds, Senior Vice President of AEG Presents. “This will be a performance for the ages.”

“This will be an extraordinary night celebrating ILLENIUM’S remarkable music and Las Vegas’ return to full volume,” said Justin Weniger of Life Is Beautiful. “This spectacular production will announce to the world that the Entertainment Capital of the World is back.”

This show will bring closure to this trio of albums as ILLENIUM begins a new musical journey with the July 16 release of his highly anticipated fourth album, Fallen Embers, due out July 16.

Tickets on Sale Thursday, May 27 at 10am PT on Ticketmaster – Tickets Here 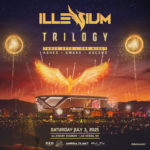 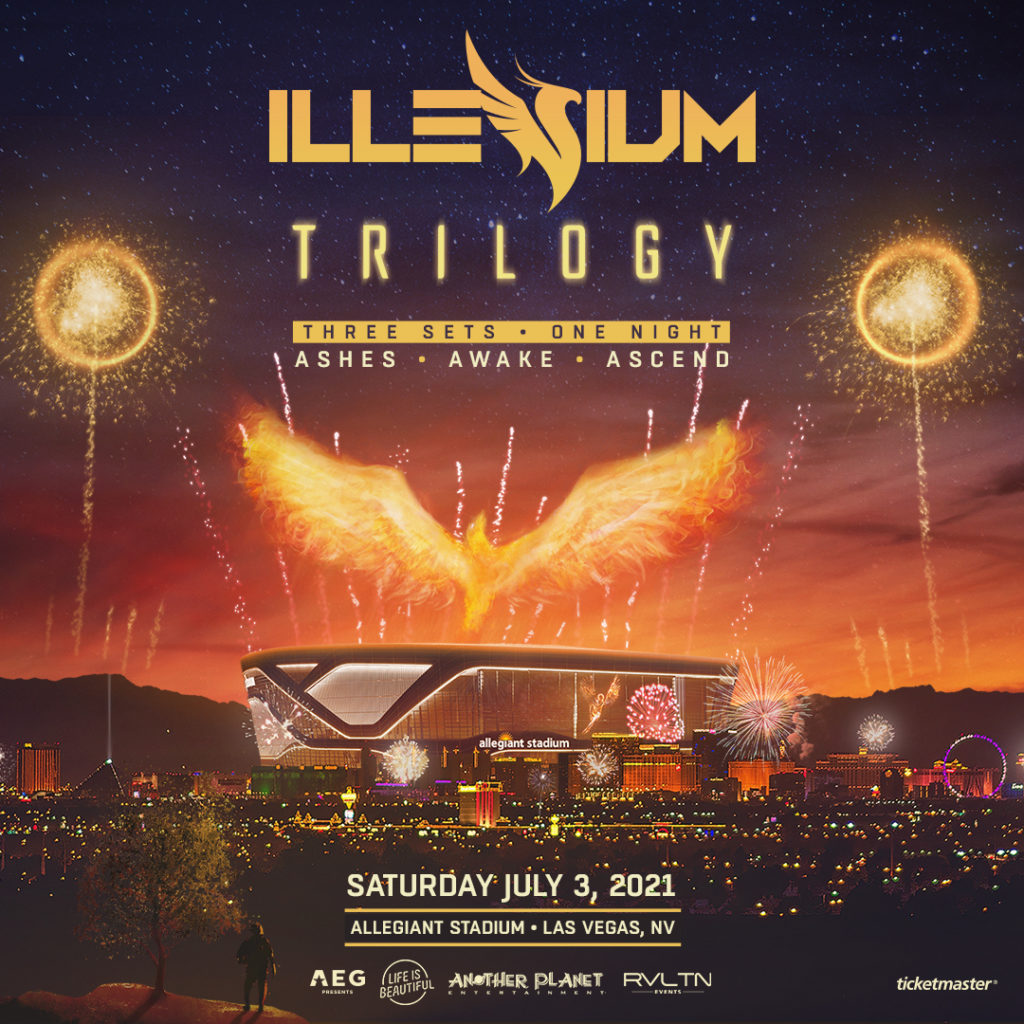 This article was first published on Your EDM. Source: ILLENIUM’s Special Trilogy Performance Will Be Largest Single-Headliner EDM Event In US History

Dimitri Vegas & Like Mike Show Cancelled Amid Fears of Omicron ...