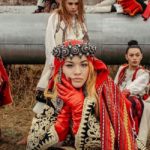 Imanbek announced in Fall 2020 that a collaborative EP with Rita Ora was in the works, and now the wait for the four track project has concluded. Titled Bang, the two artists have come together for four unique singles that are all linked by the common denominator of club music embodiment to the core.

Co-produced by David Guetta and featuring Gunna, the first single, “Big” and its heavy-hitting roster slate it as a likely contender for project’s radio favorite; however, each song carries its own unique capacity for mainstream appeal. “Bang Bang” is classic Imanbek in style, equipped with prominent thrumming house notes that drive the track’s big room house energy. Meanwhile the KHEA-assisted “Mood” marks a tonal shift, adding dance-inducing hip-hop to the collection. “The One” sees a return to spotlighting Ora’s vocals amidst a dazzling production backdrop.

This project is not only a global collaboration between five incredible artists, but also a celebration of Ora’s Eastern European heritage. To showcase this, Imanbek and Ora put out an accompanying short film shot in Bulgaria to celebrate Bang‘s release.

Ora speaks about the EP’s accompanying film in an official release, stating,

“Every detail of the film was meticulously planned to create something that feels so true to my cultural background. Shooting the film in Bulgaria gave me a chance to showcase the incredible architecture, epic scenery and historic landmarks – I’m so excited to be able to share the beauty of this part of the world and just pay homage to my history.”