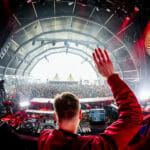 Would you be willing to get COVID-19 tests before and after a festival in order to enjoy the event with no restrictions?

This was the question at the core of The Netherlands’ recent Back To Live pilot study, a coordinated effort between ID&T and the Dutch government to test the waters for live shows in a post-COVID world. Back To Live consisted of eight experimental events ranging from low-key theater performances complete with Q&A sessions to an arena rave headlined by Sunnery James & Ryan Marciano to a fully fledged outdoor techno festival. Individually, the events were a much-needed reprieve for those fortunate enough to attend, but together, they offered clarity in response to the necessary—if not slightly optimistic—inquiry, “what’s next?”

Between hybrid events designed to accommodate social distancing and innovative new approaches to live streaming, the ripple effects of the ingenuity that resulted from the pandemic are as clear as they are beneficial. Many fans feel more in touch with the artists that they love now than ever before, and the digital festival landscape allows viewers to experience the mystique of events like ADE and Tomorrowland without having to travel. These new tools represent an evolution in music, one in which the digital and the live complement each other as they converge. What they don’t do, however, is replace the unique multisensory experience of a live event. They don’t emulate the hazy feeling of getting lost in a crowd of sweaty strangers, waiting in absurdly long lines for bathrooms, or best yet, experiencing your favorite acts in person with a few close friends in tow.

ID&T seems to have pinpointed these hard-to-quantify aspects of live shows, and is using them as a guiding light when answering that aforementioned inquiry—“what’s next?” Rather than emulate these intangible elements of live shows, the heavy-hitting Dutch promoter has taken an approach to preserve them. As ID&T’s chief operating officer Rosann Janmaat told Dancing Astronaut, “a festival with social distancing is no option for us.”

Nearly 100,000 people pre-registered for the 1,500 tickets available for Back To Live’s multi-stage outdoor festival. By purchasing tickets, attendees also agreed to partake in the experimental study at the root of the festival. This included on-site temperature checks, a lanyard that tracked each person’s movement that day, and COVID-19 tests, conducted free of charge several days before and after the event. That’s it. No mandatory masks, no social distancing, and ideally, no COVID-19.

“Either proof of vaccination or a negative test result can be the solution for the period [where] corona is part of our daily lives,” Janmaat said. “For the Back to Live Events, we [worked] with the PCR test, but more and more rapid tests coming available—and them being less invasive—gives us the opportunity to welcome our visitors at our events again”

Those with tickets were required to get tested for COVID-19 days before the event, but if the goal of those running Back To Live’s outdoor techno festival was to minimize the presence of the pandemic at the event, it was easily achieved. Upon entry, attendees had their temperatures checked and were asked to provide proof of a negative test result along with their tickets, but aside from that, things were strangely and refreshingly back to normal.

The six-hour festival was headlined by some of the Netherland’s most exhilarating techno acts including Reinier Zonneveld, Joris Voorn, and the iconically analog Colin Benders. The individual acts, music, and lasers were all expectedly great, but above all else was the energy of the 1,500 in attendance, collectively releasing the valve after a year of building pressure and uncertainty. After his set, Amsterdam’s own Reinier Zonneveld commented,

“When you first entered the festival, for a couple of minutes, you have to get used to people not keeping distance like normally, but after a few minutes everybody was partying like they have always done! …[By the end], you could feel in the air that this was exactly what we’ve all been waiting for for so long.”

The data collected in the series of Back To Live experiments served organizers’ efforts to track and measure levels of coronavirus and monitor the movements of attendees, as well as how willing they were to abide by the event’s rules. The results of the research are still being analyzed, but preliminary data suggest that the pilot events were a general success. Less than 1% of attendees tested positive for COVID-19 following the events, and the number of personal contacts within 1.5 meters for an extended period of time were limited. Accordingly, the Dutch government continues to conduct pilot experiments, having since announced an additional series of 87 events, welcoming a total of 11,000 visitors between April 22 – 30.

The future is still rocky, particularly regarding the current rollout of the COVID-19 vaccines in The Netherlands, but between the continued pilot tests and a recent promise that outdoor events would forge ahead, it won’t be long before the Dutch festival season is back on the menu.