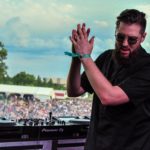 Insomniac’s long-awaited house soirée, Day Trip is now just a little more than one month away and the events giant has finally dropped the lineup nearly a year after the festival’s announcement. After cancelling some of the biggest events on last year’s calendar, including Nocturnal Wonderland, Escape Psycho Circus, EDC Orlando, and Dreamstate SoCal, fans are now biting their nails in excitement over the house-anchored festival.

The lineup boasts some of dance music’s most in-demand names on two stages, including Diplo, Chromeo, and AC Slater, as well acts like Meduza, Matroda, and Nitti Gritti and Party Favor‘s Grammy-nominated collaborative project SIDEPIECE, to name a few. In typical Insomniac fashion, the lineup includes heavy-lifting back-to-back sets from Tchami and Wax Motif, Dombresky sharing the decks with Noizu, and Lee Foss performing alongside John Summit. Staying true to the festival’s tagline, Day Trip will authorize “house music all day long,” both July 3 and 4. While Day 1 tickets have already sold out, fans can still grab tickets to Day 2 here on Friday, May 28.

JAY-Z becomes the most Grammy-nominated artist in history