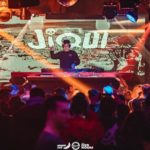 If you’re still unfamiliar with the name Jiqui, take our word for it, now is the time to get acquainted. The up-and-coming bass music talent has already gained the coveted attention of big-name acts such Subtronics, NGHTMRE, Slander, while securing releases on Subtronics’ Cyclops Recordings in addition to Never Say Die Black Label and Disciple Round Table. With an already impressive resume, Jiqui is further bolstering his discography with the release of four relentless bass tunes, corralled under the Alchemist banner.

Jiqui’s Alchemist EP, released via Never Say Die Black Label, features some of his most innovative sound design to date. The first break of “Juicez,” for instance, features a bright, bubbly synth and erratic pauses that create a unique flow before moving into a classic headbanger-optimized second break sure to destroy dance floors. Another standout track on the EP, “Close To U” opens its drops with a funky stab pattern before giving way to a massive dubstep section. A lingering high-pitched synth coasts in the background as bone-crushing sound design repeatedly hits the listener. Jiqui’s latest EP is a testament to the producer’s bass-centered expertise, and you can experience it in four-track form below.