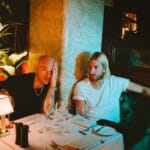 It was nearing two years since John Martin and Michel Zitron last reconvened under the VCATION banner on “Stairway to the Sun,” but in Martin’s Supernovas spotlight back in June, he put it in writing that the duo project’s resumption wasn’t too far off. The decorated songwriting duo has now brought that plan to life, officially jumpstarting VCATION’s newest chapter—in between their work on David Guetta and MORTEN’s “Impossible” and Martin Garrix and Matisse & Sadko’s forthcoming ID—with the moniker’s fourth original, “Love You Long Time.”

Martin explained that he and Zitron decided to put a pause on VCATION—a co-venture that the two previously introduced in depth with Dancing Astronaut in 2018—in an effort to establish a genuine musical direction for their alias, adding that what the two crafted throughout the pandemic was unlike anything that’s currently being put out in the music world. One listen of “Love You Long Time” and it’s crystal clear that the two’s magical production-songwriting combination is still as fruitful as it’s been throughout the previous decade. Inspired by the ’90s era of house music, “Love You Long Time” is a more than warm welcome back for VCATION, with Zitron intricately holding the vocal wheel on a “multi-sensory experience that allows for painful emotions to flow,” as Martin so aptly put it.

Watch Martin and Zitron star in the masterfully choreographed visual for “Love You Long Time” below.