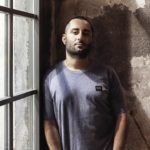 Joseph Capriati has been hospitalized and is reportedly in stable condition at the Sant’Anna e San Sebastiano Hospital in Caserta, Italy after being stabbed by his father. On the evening of January 8, the 33-year-old was reportedly stabbed in the chest with a kitchen knife following an argument with his father, who has been arrested for attempted murder.

This is a developing story.

Swedish House Mafia will close the Coachella mainstage on the Friday