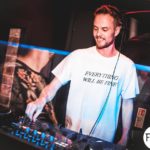 There’s “No Limit” to the danceability of Josh Hunter‘s latest, a dance-pop enticer that leans heavily into house on DJ S.K.T’s own Stashed Records. With the Mila Falls feature, Hunter closes in on a triple crown of 2021 submissions, with January’s “Keep This Thing Rolling” and early February’s remix of Carrie Baxter’s “Love Me Better” previously igniting the Hunted Records label head’s next year in music. Materializing in both a standard chop and an extended format, “No Limit” finds Hunter with his finger firmly planted on what’s hot in electronic, so if it’s getting warm in here, you now know why.

The post Josh Hunter has something for the dance floor: ‘No Limit’ appeared first on Dancing Astronaut.