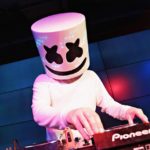 A judge has ruled on the legal battle regarding alleged copyright infringement between ARTY and Marshmello, with the decision coming out in favor of Marshmello. The suit began in 2019, after ARTY claimed that Marshmello had allegedly stolen the melody for 2018’s “Happier” with Bastille from his 2014 remix of OneRepublic’s “I Lived.”

California US District Judge Philip S. Gutie ruled in favor of Marshemllo, Bastille’s Dan Smith, and producer Steve Mac by stating that ARTY had no legal grounds to sue due to the terms of his “I Lived” contract with OneRepublic. The contract states,

“I acknowledge and agree that the services rendered (or to be rendered) by Remixer hereunder do not entitle Remixer or me to any ownership or financial interest in the underlying musical composition.”

With the ruling on this case, a potential precedent that those who remix songs do not have legal rights to the work regarding copyright infringement may have been set. ARTY’s attorney had been Richard Busch, who famously represented Marvin Gaye’s estate in the “Blurred Lines” legal case.

Judge Gutie wrote in his ruling,

ARTY’s initial claim had been that “Happier” used remixed elements from his remix of OneRepublic’s “I Lived.” While many copyright suits pertaining to music focus on the underlying composition, ARTY’s claim centered on the song’s beat and other components. “Happier” had climbed to the top of the dance charts upon its release in 2018, sitting at No. 1 for 31 consecutive weeks and snagging a double-platinum certification.

The post Judge rules in favor of Marshmello in ‘Happier’ copyright case against ARTY appeared first on Dancing Astronaut.