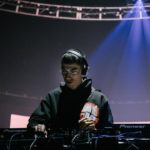 Bringing the towering “Formula” momentum beside him into the new decade, Juelz doubles down on a well-rounded 2020 campaign, wrapping up his year with a concluding present. The Sable Valley signee has handpicked four of his favorite releases from the last 12 months and called in backing from three allies to piece together the perfectly branded remix EP, it’s the 2020 bbjuelz remix tape for me.

Juelz has already proven his worth in directing trap’s next generation time and time again, and the four-part delivery overpoweringly stretches that claim. On each of the four remix release sections, Juelz outdoes himself with one charged revision after another, bringing in RemK to adapt Ty Dolla $ign’s “Ego Death,” Heimanu to help flip Baauer’s “Aether,” spinning Playboi Carti‘s “No Stylist” by his lonesome, and calling on Anti to rework Flo Milli’s “In My Party.” Juelz shared a heartwarming message alongside the EP’s release, stating,

“It’s the 2020 bbjuelz remix tape for me – a collection of remixes of some of my fav songs to come out this year. Big love to RemK, Heimanu & anti for helping me make this happen and just wanna say thanks to you all for supporting me this year, doesn’t rly feel like it but the stats say this was my biggest year.. so thanks gang.”

Stream Juelz’ it’s the 2020 bbjuelz remix tape for me in full below.