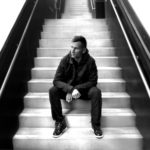 Kaskade‘s REDUX EP series has been a staple for the artist over the past several years, the overall collection containing some of Kaskade’s most beloved catalog hallmarks. Now, the prolific veteran producer is teasing the fifth installment of his REDUX series and has shared the first single, “Where Did You Go.”

Speaking to Dancing Astronaut in 2020, Kaskade explained that he sees the REDUX series as, “whatever I want it to be in the moment.” Past EPs from the project have boasted the singles “On Your Mind” and “Tight,” among many others, and fit into the producer’s theme of allowing himself to explore songs for his own pleasure. Kaskade also recently announced that he will be performing at Los Angeles’ SoFi Stadium in July, making him the first DJ to perform at the new venue. Meanwhile, further details regarding a release date to REDUX 005 have yet to be revealed, however, fans can keep their eyes peeled and expect an announcement soon.

The post Kaskade releases first ‘REDUX 005’ single, ‘Where Did You Go’ appeared first on Dancing Astronaut.