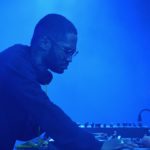 With his first single of 2021, KAYTRANADA is back with the ultra-funky “Caution.” A Kaytra production is always immediately recognizable, and “Caution” fits the mold with groovy synth work and inimitable tight percussion. KAYTRANADA first debuted the single on Tik Tok as apart of the app’s Black History Month celebration.