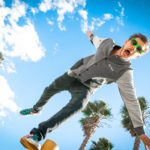 Corey Baker, known better as Kill Paris, released a statement on Friday, December 3 that he would be retiring the Kill Paris moniker after nearly 15 years. The producer took to social media to share the news, revealing that his upcoming album, Beginning Again will be his last as Kill Paris and an introduction to his new project, Hobbie Sound. Writing in the statement, Baker shared,

“I have indescribable love and gratitude for all of my fans, who I consider forever friends. I have had the time of my life with you over the years and could not have made it this far without your love and support.”

Kill Paris’ latest release was September’s “Jet Ski In The Desert.” The producer also teamed up with SoDown Bass for the collaboration “Our Time” in October.