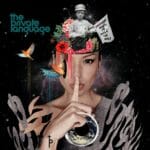 In one of most uniquely offbeat collaborations of the year, pop star Blake Lewis and drummer/producer/ bass god, KJ Sawka teamed up to form The Private Language, a new project that combines cutting edge electropop, indie dance and future funk into one irresistible package. The duo’s first output is a bold and re-imaging of an absolute classic. The two talents took on Tears for Fears “Everybody Wants to Rule the World” and spun it up into a modernized version that keeps all the best bits from the original, but adds a modern electronic finish to the 80s synth pop hit. The Private Language’s version is less saccharin than Tears for Fears with Sawka and Lewis adding some polish, some flair, and plenty of punch to the equation.

The post KJ Sawka & Blake Lewis release ‘Everybody Wants to Rule the World’ as The Private Language appeared first on Dancing Astronaut.