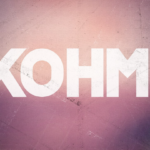 Although he’s kept his formal identity close to his chest over the past year-plus since his initial entrance to the electronic scene, Kohmi has continued to expeditiously rise up the house music ranks. He’s now making a Monstercat re-entry following his long-awaited Secret Room opener with KinAhau in mid-April, “Blink,” standing by his lonesome on Monstercat’s Uncaged division for “What We Do.”

“Blink” said all it had to for Monstercat to be convinced that Kohmi deserved a solo spot at the sonic podium. This time around, Kohmi goes one step harder for a trot into bass house territory, with “What We Do” tapping into Kohmi’s grittier four-on-the-floor persona and cycling through a “this is house” vocal that serves as the ultimate accessory to his latest searing delivery.

The post Kohmi cranks up the heat on first solo Monstercat showing, ‘What We Do’ appeared first on Dancing Astronaut.