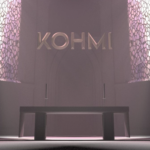 With five words—”it’s about ID music tonight”—Malaa decisively set the tone for a February 20 stint that’s resurfaced in electronically focused conversations ever since. DJ Snake/Malaa devotees don’t need to be reminded of the date’s significance; they rightfully recall it as the Parisian powerhouses’ second Secret Room meeting. How could they forget the appropriately ID-packed performance that spread across nearly 42 full minutes? That’s a rhetorical question. Though, if Dancing Astronaut were to answer it, Kohmi would be one of our more compelling justifications as to why streamers simply could not. As for any “why?” that such a response would provoke, well, his remix of Outlander’s “Vamp” is worth 1,000 words.

Part of the shuffle of attention-warranting IDs interspersed in DJ Snake and Malaa’s set, the Confession frequenter’s rework is a dance floor driver that builds a strong case for a Shazam—at a minimum. Now blissfully available in all of its bold glory, Kohmi’s spin on the Outlander original brings the tally of outstanding Kohmi-issued Secret Room IDs to one. The companion ID, which notably provided the opening to DJ Snake and Malaa’s seminal Secret Room conference in December of 2020, will continue to wait in the wings, and when it eventually takes flight, it certainly won’t do so quietly.

Stream Kohmi’s remix of “Vamp” below.