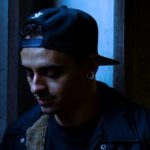 Anyone who has been listening to dance music, watching livestreams, or generally keeping up with trends in the electronic industry can assuredly say that they have heard up-and-comer Kumarion‘s “Want It” more times than they can count. One might infer that a song released by a lesser-known artist in February of 2020 would almost immediately have nosedived, but in Kumarion’s case, this would be incorrect.

Released via Jadū Dala, the bass heater has garnered support from industry titans such as Martin Garrix, JOYRYDE, CloZee, and Louis The Child, but perhaps most notably, the track landed on SoundCloud’s most-played mix of 2020, RL Grime‘s “Halloween IX.” The grimy and seductive hit begins softly with a smattering of syncopated vocal chops, creeping synths, and a steady beat that carries into a smooth piano progression. Just when listeners think the song is going to be a downtempo electro delight, Kumarion introduces a stable build that eventually explodes into an escapade of reverberating bass, making abundantly clear to dance music fanatics why the song has seen the success it has over the past year.

If fans thought it couldn’t get any better than that, “Want It” now has an entire remix album dedicated to it, featuring Kumarion’s VIP as well as eight other renditions that will make listeners’ brains quake inside their skulls, to put it kindly. Listen to the remix pack below, and stay tuned for what else Kumarion has in store.