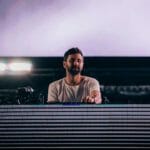 Lane 8 may no longer hold the title of Dancing Astronaut‘s reigning artist of the year, but that doesn’t change the fact that he’s still in charge of formally signaling seasonal beginnings. In between the rollout for Reviver—the This Never Happened head’s fourth LP that’s scheduled for January 21, 2022—Lane 8 has swooped back in to redefine winter’s true onset and signal January 4 as the entry point for the year’s coldest season with the delivery of his “Winter 2021 Mixtape.”

On December 8, Lane 8 sent out a notice as he routinely does four times a year that the newest quarterly present was currently being created, going on to understandably take the holiday season to himself while reassuring that his cold-weather showing would be back in play at the top of 2022. Including 10 total IDs for us to begin chasing around this year and sitting at a grand runtime of three hours, there was never a doubt that Lane 8’s “Winter 2021 Mixtape” would be worth holding on for, opening and closing with a pair of sublime IDs—the former is his own Reviver cut “Survive—and attaching the names of RÜFÛS DU SOL, Sultan + Shepard, Qrion, Andhim, ARTBAT and Pete Tong, Vintage Culture, and plenty more in the tracklist spaces that fall in between.

Spend the rest of today inside and listen to Lane 8’s winter classic, which is available on SoundCloud, Apple Music, and YouTube as always.