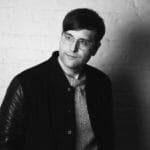 With a long list of label appearances to his credit, LEFTI‘s expertise as an ever-sharp signee in the disco house space has been well established. In recent years, the funk arbiter has made his name known via Sakura Music, Mark Knight‘s Toolroom Records, Big Beat, and Nurvous Records, among other imprints. And now, as LEFTI’s artistic footprint expands with the foundation of his very own label, the New York native can add Quincy Boy Records to this roster.

Originally conceived as a conduit for the content that LEFTI chose for self-release, Quincy Boy Records will naturally play host to some of the label head’s own originals and collaborations; however, it is also primed to welcome releases from other creatives, who currently include Calo Vance, Sum Bloke, clavette, and Bubs. The curatorial undertaking colorfully commences with LEFTI’s “I Demand,” which finds him taking aim at an effervescent, get-out-of-your-seat aesthetic.

In an interview with Dancing Astronaut, LEFTI discusses how “I Demand” sets Quincy Boy Records’ groove in motion, his motivations for establishing the label, and its namesake. Both “I Demand” and the Q&A can be found below.

To date, you’ve released music on a variety of different platforms including Toolroom Records, Big Beat, and Nurvous, among others. What motivated you to found your own record label at this point in time as opposed to another?

LEFTI: “Well, the idea is to still release with other labels. I have releases coming up this year on Quincy Boy, of course, but also with Toolroom, Basement Sound, and Perfect havoc. Initially, I just wanted a lane to be able to self-release some songs, but as soon as I started putting the whole thing together, I instantly wanted to make it more than that.”

What motivated you to name the label Quincy Boy Records?

LEFTI: “After Quincy Boy himself, my exotic shorthair cat! He’s always the star of my sessions here and it seemed like the right thing to do. He’s also the king of the crib.”

How does “I Demand” embody what is to come from Quincy Boy Records, and what were your motivations for selecting this single as the debut?

LEFTI: “It’s all about groove and energy and this song has both, so this record seemed like the best way to kick things off. I want to release cuts that I want to play out, and I like to keep my sets full of groove with a nice dynamic of energy.”

How developed is Quincy Boy Record’s roster of new music to be distributed this year; can you tell us about any of the projects that your new label will host?

LEFTI: “I couldn’t be more excited for our first year of releases, which is pretty much all scheduled. I will be doing some collaborations, but we have some singles and EPs coming from Calo Vance, Sum Bloke, clavette, and last but not least, our Parisian friend Bubs.”

The post LEFTI lifts the curtain on Quincy Boy Records with ‘I Demand’ [Q&A] appeared first on Dancing Astronaut.