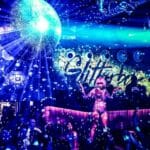 Paving the way of the electronic music industry for over 20 years, Defected Records pioneer and Glitterbox founder Simon Dunmore has just released the trailer for the upcoming documentary about the club phenomenon. The feature film will premiere on March 18 via YouTube.

Where Love Lives is a film meant to encapsulate all that the dance music brings into its communities. Belonging, liberation, expression, and the power to be ones self lie at the forefront of the club scene and the documentary, appealing to dancefloor devotees around the world. Soundtracked by club music, the film rings in a sense of unconditional acceptance and inclusiveness to all, no matter their identity.

Where Love Lives includes exclusive interviews with nightlife names like Billy Porter, Honey Dijon, Kathy Sledge, and many more. Directed by Brilliams and produced by clockwise.film, WLL was filmed over six months in Glitterbox’s New York, Ibiza, Paris and London locations. On his intention for the film, Brilliams states,

“Everyone has their own journey to the dancefloor and their own voyage of self-expression to navigate. Through the stories of the kaleidoscopic family of performers that give Glitterbox its heart and soul, we set out to show why those journeys are so incredibly important.”

​Watch the awe-inspiring trailer below.

The post Liberation via dancefloor—watch the trailer for the new Glitterbox documentary, ‘Where Love Lies’ appeared first on Dancing Astronaut.