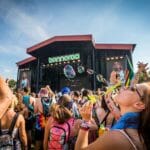 Live Nation, the world’s largest live event and ticketing company, has reported that concert and festival ticket demand has upsurged and is selling out at a historic record pace with COVID-19 vaccines becoming more available across the globe. On a conference call with investors on May 6, President and CEO of Live Nation, Michael Rapino, revealed that the company has already booked twice as many shows for 2022 as they did in 2019.

“Around the world, people are showing the need to get out and socialize once again which reinforces our expectation that a return to concerts will be the logical progression as vaccines are readily available to everyone who wants to get one. This is generally already the case in the U.S. where we are confidently planning our reopenings, particularly for outdoor shows, and we expect many of our other major markets will follow this summer.”

The live-entertainment company has already confirmed several significant tours for 2021, including Dave Matthews, Megadeth with Lamb of God, Brad Paisley, and Chris Stapleton, as well as major music festivals such as Bonnaroo, Rolling Loud, and EDC Las Vegas, all which are set to return this fall. Rapino also added,

“We are already seeing confirmed major tour dates for 2022 up double digits from the same time pre-pandemic in 2019 for 2020. Many of these artists will have multi-year tours, spanning the US, Europe and often either Asia or Latin America, setting us up for a strong multi-year growth run.”

Bad Bunny, Roger Waters, and Rina Sawayama are among the tours already announced for 2022 as well as the long-awaited reunion tours of Rage Against the Machine and My Chemical Romance.

The post Live Nation has booked twice as many shows for 2022 as it did in 2019 appeared first on Dancing Astronaut.