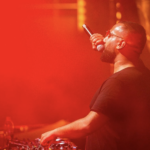 In 2021, LOOPERS has single-handedly dominated STMPD RCRDS‘ release scorecard. Following a quadruple-course serving on Martin Garrix’s label in just four months, the Dutchman is now rounding them all up, along with two brand new extensions, to package his first-ever EP on the fledging imprint, titled Greed.

Ever since “Blaze It Up” first marked LOOPERS’ debut on STMPD RCRDS nearly four years ago, he’s persevered by ripening his patented house signature, and it’s become increasingly impressive to see how far LOOPERS has come. From the abstract artwork to its eponymous number to its two latest entries, “Human Error” and “With You,” Greed spotlights LOOPERS’ unremitting willpower to stand out time and time again with his darkened, crisp, and resounding brand of pure-bred house music. Stream LOOPERS’ six-track Greed EP in full below.