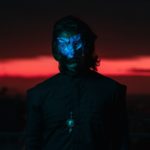 Lost Prince is the absolute embodiment of allowing the music to speak for itself. The enigmatic Axtone signee suddenly touched down on Axwell’s imprint at 2020’s forefront and has been on an unforgiving tear in the months since, now consummating an EP trilogy in just under a year’s time. To round out his Ethera EP, the unidentified producer is delivering the four-part project’s eponymous accessory in tandem with a 45-minute celebratory livestream as Lost Prince dons his finely crafted mask.

Each Ethera extension, including the previously dispersed “Aftr,” “Luna,” and “Reborn,” has tacked onto the caliginous halo that surrounds the cryptic Lost Prince persona and paraded a matured house touch from a name that has only existed in brief. On the EP’s title track, Lost Prince preserves what might be the project’s most laudable moment for last, polishing off the quartet of house numbers with one final hair-raising product that extends the lines of house music.