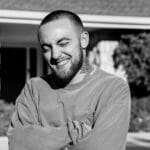 Mac Miller‘s estate has just announced the upcoming release of The Book of Mac: Remembering Mac Miller. The book deal was secured after Year of Mac—a yearlong series written by Donna-Claire Chesman, dedicated to delving deep into the mind, songs, and community brought together by Miller throughout his life.

Spending the entirety of 2019 interviewing Miller’s friends and frequent collaborators from the likes of Wiz Khalifa, Thundercat, Kehlani, and more, Chesman has positioned herself to write an emotive and all-encompassing recollection of the embattled rapper’s life and legacy. The Amazon description for the novel reads,

“A vivid and poignant portrait of this astonishing artist – one who had just released a series of increasingly complex albums, demonstrating what a musical force he was and how heartbreaking it was to lose him.”

The book is available for pre-order here ahead of the official release date, October 26, 2021. Also projected for an October release is Swimming in Circles, a box set of the beloved artist’s final two albums.