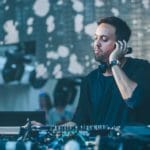 In the time since its initial release in 1995, Faithless‘ “Insomnia” has attracted takes from a slew of electronic fixtures such as Avicii, Fedde Le Grand, Armand Van Helden. Its longevity not only as one of the most widely recognizable dance songs of all-time, but also as an original production that stands the test of time, is apparent in a 2021 supplied by Maceo Plex. The Cuban-American DJ’s rewiring of the timeless classic arrives via Ministry Of Sound and notably notches his second time officially remixing Faithless. Just last year, Maceo Plex reworked the electronica pioneers’ “Synthesizer,” from All Blessed.

Maceo Plex’s hair-raising techno alteration arrives in an “Epic” radio and extended form, both of which can be streamed below.