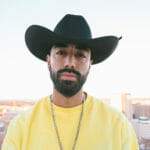 This minimal, unadulterated theme rings true across all four offerings on soundboy. Highlighting female Jamaican vocalist Toian, “BF Killa” was the last single to precede the EP’s eventual widespread release on May 5. Ape Drums capped off the project with one never-before-heard addition, “Too Much,” with 28thCenturyMan. “Too Much” evokes plenty of mainstream appeal, composed of sustained chords during the verses and a vocal-chop driven bass drop.

Stream soundboy in full below.