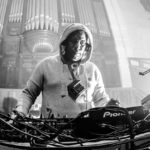 House legend Marshall Jefferson is currently hospitalized with pneumonia. News of Jefferson’s hospitalization broke on January 4, 2021, when Eric Welton, better known as DJ Emmaculate, shared a Facebook post describing the situation. At the time of publication, updates on Jefferson’s recovery are not publicly available.

Jefferson is widely known as a pioneer of house music. His 1986 track “Move Your Body” has captivated listeners around the world for decades, and recently came back into the spotlight thanks to a 2019 re-release with Solardo. Jefferson has remained an active and important part of the house scene in Chicago and the world over.