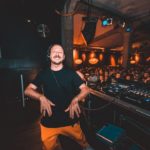 After contributing to Confession‘s stockpile of house hitters with September 2020’s “I Am Ready,” Germany’s own Marten Hørger has returned to Tchami‘s platform—and he’s far from empty handed. Hørger, hot off a year that saw him not only tag team in the house domain alongside Dr. Fresch on “Take A Step Back” but also add six other standalone singles to his repertoire, can now be found expanding his Confession footprint with his Øut Øf The Wørld / All Aløne EP.

The twofer begins to take shape with “Øut Øf The Wørld,” a bold, bass-ridden opener buoyed by two defining elements: its church choir-like looping vocals and a quotation from the film War Hero, “I’m ready to kick your ass out of the world.” Hørger only further ups the ante on the EP’s hammering conclusion, “All Aløne,” an inclusion that’s sure to echo even after the track’s three-minute and nine-second runtime has expired.

The post Marten Hørger expands his Confession footprint with his ‘Øut Øf The Wørld / All Aløne EP’ appeared first on Dancing Astronaut.