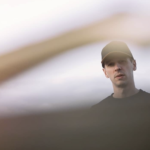 Just one year after Massane’s “hello world” opening statement, the emerging Frenchman decided that leveling up from an EP trilogy in 2020 to his debut LP the following year was in order. The choice was clear; the album’s only possible destination spot would be where it all began—Lane 8′s imprint, This Never Happened. On top of the announcement of Another Dawn, scheduled for June 4, and its 11-part tracklist, Massane offers his LP’s introductory single and title number with the help of UK vocalist Kinnship.

Turning back the clock to March, This Never Happened helmer Lane 8’s “Spring 2021 Mixtape” set the wheels in motion for Another Dawn, yielding a triplet of album pieces that not only included its eponymous extension but also “Novae” and “Take That Leap.” There’s no ambiguity as to why Massane designated “Another Dawn” to serve as the first inside look at his impending his debut album, with Kinnship’s stress-relieving lyrics sitting above a delicately crafted body of soothing melodic house.

Stream the title track to Massane’s LP below and pre-save Another Dawn here.

The post Massane primes ‘Another Dawn’ on This Never Happened with LP’s title number appeared first on Dancing Astronaut.

Thomas Xavier Demonstrates his Production Class on, ‘Make That Kitty...