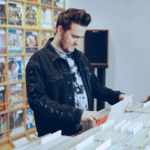 Matt Nash received a song idea from Brazilian artist Mojjo, and after hearing Lucas Ariel‘s vocals on the demo, he was hooked. Nash teamed up with the artists to create final product, “Kryptonite,” out now via STMPD RCRDS.

Ariel enamors the listener from the single’s first note, the melody proving a smooth foundation for the topline until blaring, trumpet-like synths take over for a brief vocal break. Bigroom undertones are weaved in and out of the release, finding energy in between pockets of smooth and soulful singing.

The artists’ have released an original and extended version of “Kryptonite,” both of which are compelling in their own right. “Kryptonite” is Nash’s second single on STMPD this year, preceded by “Midnight” featuring Lucas Marx.