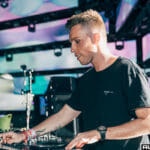 In terms of output, Nicky Romero‘s 2021 is already poised to resemble his 2020, as his third single of the new year “You Used To” affirms. The “Back To You” successor is part of Romero’s celebration of Miami Music Week. Although the week-long, annual Miami affair and its finale, Ultra Music Festival, will not be occurring due to ongoing pandemic, Romero and Protocol Recordings are making it their mission to bring Miami-themed music to fans at home. The producer reminisced about Miami Music Week on Twitter and stated that his mission with “You Used To” was to “keep the Miami vibes alive.”

The post Miami is Nicky Romero’s muse on ‘You Used To’ appeared first on Dancing Astronaut.