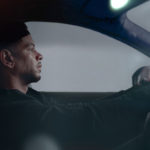 MK has teamed up with Raphaella for their second single together, “Lies,” which is set to be featured in the new Jaguar F-Pace global ad campaign. MK and Raphaella originally came together for 2019’s “One Night” with Sonny Fodera, and they have proven their chemistry yet again with “Lies.”

As part of the Jaguar campaign, “Lies” soundtracks a 30-second TV advertisement starring MK, who gives viewers a glimpse into the life of a multi-platinum selling record producer, DJ, and label owner from within the studio and the new vehicle. MK spoke about his involvement with the Jaguar campaign in an official release, stating,

“It’s been a lot of fun working with Jaguar on the Hard to Forget series. I’ve always been a car guy, and love all aspects of design – I studied Architecture before I got into music – I’m excited for everyone to see the commercial, and to hear my new song.”

View the commercial and listen to “Lies” below.