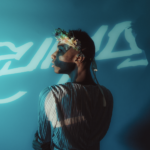 Released via Thrive Music, “Flourish” arrives as the flagship offering alongside two other collaborative singles, “Ultraviolet” with Chuck Sutton and COOKIE. and “Quest” alongside Summet. The focal point of the release, however, is the long overdue collaboration between Kismet and Laxcity. The duo met back in 2018, following the release of Kismet’s Never Say Die. The premise for “Flourish” materialized during a productive Discord call between the two in 2020, the goal being to write the tune as if it were a “blossoming flower.” Well, it’s safe to say that the metaphor holds true.

Stream all three collaborations below.