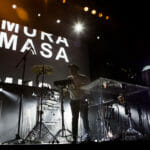 Since taking to Instagram on November 22 to announce new music via an anime pancake, Mura Masa has officially materialized the first single from his third studio album. “2gether” marks the Guernsey-born producer’s first both solo and original offering of 2021; Mura primarily stuck to remixes and collaborations last year. On the same post, the “Firefly” artist added that he’d be sharing “album snips and produccy vids” on TikTok moving forward.

“2gether” arrives on the heels of Mura’s percussive Erika de Casier remix, and it encapsulates all of the sparse, future-bass inspired intricacies that fans have come to know and love. To keep up with the new album rollout, follow Mura Masa on TikTok here, and stream “2gether” below.