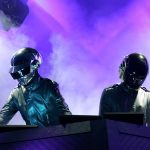 New, unseen Daft Punk footage is like lightning; it doesn’t strike twice, and electronic aficionados are well-apprised of its rarity. That’s precisely why never-before-seen video from Guy-Manuel de Homem-Christo and Thomas Bangalter‘s set at Lollapalooza‘s 2007 iteration in Grant Park, Chicago is sending shock waves through the dance scene. The live mixed video from the festival stint surfaced on YouTube user Johnny Airbag’s channel on January 22.

The most faithful of Daft Punk’s followers will recall Johnny Airbag as the uploader of previously unseen footage from Daft Punk’s 2007 Vegoose Festival in Las Vegas. Though that video, which emerged in August of 2020, has since been removed from the streaming platform, its absence is almost inconsequential considering the fresh set of footage, now available below.

Martin Garrix details how ‘Sentio’ came together in newest ‘The ...