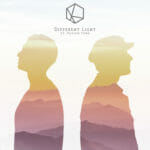 Kerala may not yet be a household name, but the producer is proving to be sharp as a tack in the studio, building out a growing catalog of impressive original works marked by an enticing, uplifting future bass sound. His latest, “Different Light,” lands ahead of his upcoming Escapism EP, and serves as a perfect jumping in point for those still gaining familiarity with Kerala’s sound.

Melodic and textured, emotive and personal, the track reflects Kerala’s softer touch, accented by the perfectly complementary vocals of Taylor Tuke. “Different Light” sits at the intersection of bedroom pop, future-bass, and indie-electronica, burring an array of genres and musical elements into a warm, heartfelt blend that encapsulates the best of Kerala’s production style.

Kerala is Colorado-native producer Jordan Evanoff’s first solo endeavor after years of sharpening his chops in various corners of the electronic music spectrum. Seeking to explore different sonic avenues with his new project, Kerala’s sound is just as much inspired by Evanoff’s time living in Costa Rica and the Colorado mountains as it is his previous musical experiences. Fans of Kasbo and ODESZA will immediately feel drawn to Kerala’s sound, and casual listeners should reach for “Different Light” ahead of Escapism‘s full release expected later this summer.