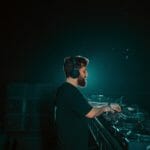 MitiS captures power, beauty, and emotion all in one track. In signature form, the Pennsylvanian taps into emotive, piano-driven melodies and compelling bass—all with the help of Gray’s vocals. This melodic ballad is just one of the enticing previews of what’s yet to come from Lost.