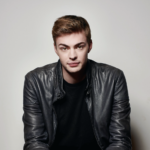 As a fresh face on the American electronic dance music scene, Nick Elliott is a talented performer, music producer, and songwriter. A Team USA triathlete before the age of 19, Nick suffered a career-ending injury that would sideline him from competition. Shortly after he forged a new path into music that has led him to sold out performances and a bevy of high quality productions. His brand-new single titled ‘Through This Night’ is a melodic output about helping the love of your life spread their wings and find their way through personal struggles. Flourishing strings and a pitch perfect vocal effort from Nate Miller, Nick pairs a powerful top line and impactful songwriting with his own style of uplifting and emotive production.