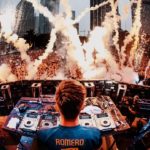 Throughout his tenure in the electronic space, Nicky Romero‘s output has been nothing short of consistent. He released new singles on almost a monthly basis throughout 2020, and now, he’s signaling a similar start for 2021 thanks to his newest release, “Into The Light.”

Featuring David Shane, the track sees the veteran producer tap the Protocol Recordings-signed up-and-comer Timmo Hendriks. Hendriks has been with Romero’s label for two years and recently teamed up with Dash Berlin for “Keep Me Close.”

“Into The Light” arrives in both a radio edit and an extended mix, with Shane’s heartfelt vocals and tremendous progressive house breaks taking center sonic stage on each. “Into The Light” is out now via Protocol Recordings.