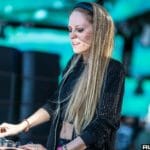 Starting things off on the right foot this year, Nora En Pure has burst into 2022 with brand new cut, and her first remix in the last five months, taking on Claptone’s “Queen Of Ice.” The rework of Claptone‘s 2021 delivery follows a batch of enchanting original tracks from Pure throughout the final months of 2021, “Luscious Rain,” “Life On Hold,” and “Sign Of The Times.”

Encapsulating all that fans have come to know and love about the deep house luminary, the revamped outing offers Pure’s neatly packaged version of sonic enlightenment, complete with the vocal work of Dizzy, and a bolstering four-on-the-floor beat. The track comes in tandem with a four-minute extended mix, both released via Different Recordings.

Groove to the South African icon’s first track of the year below.