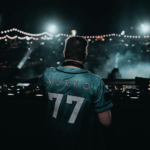 Equaling or even attempting to approximate the absolute perfection of “Blindspot” required a weighty degree of firepower, but Nurko and Devon Baldwin conscientiously hand-picked nine producers who served the proper amount of justice to their Proximity connection. After submitting each of the original’s differentiated halves this past December, Nurko is readdressing the release that immediately followed his Artists to Watch in 2021 selection with the fully stocked “Blindspot” remix package.

Calling in a sizable canon of revisionists consisting of Ace Aura, N3WPORT, Outwild, Beatcore, if found, Seb Nero, NOTOK, DBT, and Danny Olson, each and every “Blindspot” alteration drifts Nurko and Devon Baldwin’s partnership into an untapped tide that runs from melodic dubstep to future bass to house, candidly documenting how and why the two’s initial version was as mesmerizing as it was.

Stream all nine of the “Blindspot” remixes below.

The post Nurko checks in a broad slate of reworks for ‘Blindspot’ with Devon Baldwin appeared first on Dancing Astronaut.