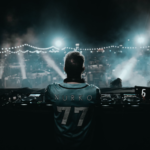 Nurko has deservedly remained the topic of Twitter conversation in the wake of his drive-in performance for Insomniac’s running Park ‘N Rave series at the NOS Events Center. The 50-minute stream, aired on January 30 as part of the MitiS-hosted evening in San Bernardino, has now officially been uploaded to Insomniac’s YouTube, allowing all those who didn’t catch the set the night of to see just what dance music fans on Twitter have been buzzing about.

At this point in time, we all know Nurko set tall expectations for his virtual streams following Digital Mirage, and the “Blindspot” producer corroborated his election to Dancing Astronaut‘s Artists to Watch in 2021 with yet another emphatic showing behind the decks. The two moments of the stream that undoubtedly had everyone chiming in were the grand unveilings of both “Sideways” with Illenium and Valerie Broussard, one of our 15 highest-priority IDs headed into the new year, as well as “When This is Over” with Dabin and Donovan Woods. The ID train didn’t break off at just those two, however, as Nurko also flashed an upcoming release with Monika Santucci and a suspected collaboration with both ARMNHMR and Micah Martin.