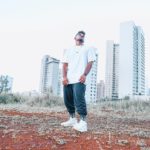 Ever since NUZB enrolled in the STMPD RCRDS ranks during the summer of 2020, the Brazilian act has only defended both how and why he earned Martin Garrix‘s attention. After assembling his forthcoming RetroFuture EP with a four-piece of multi-skilled numbers that land across all edges of the house map, NUZB is bringing the roll out full circle with its fifth and final piece, “Get It.”

Categorized as “one of the best tunes I’ve ever made,” by NUZB’s own admission, “Get It” stands orderly in line behind “Don’t Talk,” “No Rush,” “Want Your Body,” and “Nighttime” as NUZB continues to simplify the meaning behind the EP’s clashing headline. Capturing the old-fashioned spirit of the ’80s and linking it with the dreamy sense of present-day indie-electronic, NUZB rounds out his RetroFuture tracklisting on a worthwhile bottommost inclusion.

Stream NUZB’s RetroFuture EP in its entirety below.

The post NUZB perfects his balanced ‘RetroFuture’ EP on STMPD RCRDS with ‘Get It’ appeared first on Dancing Astronaut.