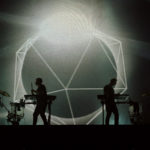 Ninja Tune and Foreign Family have been in partnership for several years, with Ninja Tune helping to release ODESZA’s lauded 2017 release, A Moment Apart. Speaking on the new partnership, ODESZA’s Harrison Mills and Clayton Knight said,

“Historically, Ninja Tune has been at the forefront of a variety of incredibly impactful and new trends and genres in music – an impact and legacy we hope to also have. And at the core, the people that comprise Ninja Tune are, simply put, creatives, innovators and music craves. And we feel an affinity with that.”

Foreign Family Collective recently released a compilation album, Rave.wavs featuring contributions from the likes of Jai Wolf, Chrome Sparks, Kasbo, Phantoms, Medasin, and many more. With Foreign Family’s new partnership with Ninja Tune, fans are likely to have lots to look forward to in the coming months.