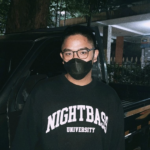 As 2021 makes its way through the midway milepost, OOTORO is taking the opportunity to pin yet another titanic win onto the board. No stranger to Dancing Astronaut as of late, the Indonesian producer has now been granted his first-ever unaccompanied round on Martin Garrix‘s STMPD RCRDS with “Breaking Away” after cashing in on his Bleu Clair partnership and one of our most-desired IDs coming into 2021, “Beat Like This.”

Spawning from his prior STMPD RCRDS counterpart’s fourth BLEUPRINT installment, “Breaking Away” sees OOTORO deservedly punch a third consecutive ticket on his label debut card, following releases with both Nightbass and Terminal Underground. OOTORO tasked himself with imbuing creativity from the UK’s underground house scene onto his newest original, twisting his disco-flavored tech house craft into a space that places OOTORO in an exclusive club of house music’s brightest minds of the moment.

Get hold of affordable yet high quality plugins & instruments on ...