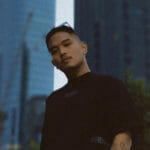 OOTORO said it best: “i ain’t stoppin.” Amid an unremitting release crusade that entails a placement on Nightbass’ This Is Night Bass: Vol 13 compilation as well as a two-sided return to Terminal Underground, one of Jakarta’s finest products in the world of house music has been recalled to the STMPD RCRDS podium for “Maniac.”

“Maniac” carries out a STMPD RCRDS release trilogy for OOTORO, following his removal from Dancing Astronaut‘s most-anticipated IDs of the year and subsequently “Breaking Away” for a well-earned solo successor. Tapping into UK roots from the Eastern Hemisphere’s polar end, OOTORO continues to scrupulously perfect his own atypical house hallmark, resulting in a self-described “choppy” heater that merges with the “techy and groovy” new-age side of tech-house that he’s continued to grow more fond of.